Written by Joshua Jarvis on September 7, 2021 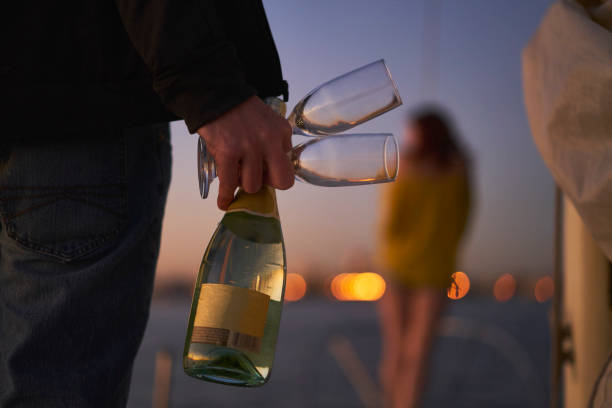 The world is full of liquor. You can travel to any country and you will find liquor. The one good thing about liquor is that you will usually find the regional taste everywhere. There is some common liquor but as the region change, their taste also changes. There are virtually limitless options when it comes to liquor because you can easily make cocktails by mixing different types of liquor. This means you may never run out of liquor options. But same as food, in the case of liquor people, also have their preferences. It is not necessary that if you like one type of liquor, you may also like the other type. Usually, the liquor choice is dependent on the following elements

When it comes to liquor or alcoholic drink, the first thing that comes to your mind is whiskey. No doubt the whisky is the synonym of liquor globally. Whiskey is one of the most consumed liquors in the world. Usually, the liquor does not have any additives like sugar. People enjoy the whiskey. The whiskey is barrelled aging and they get its distinctive taste due to barrelling. Whiskey is aged from 8 years to 75 years. Aging has a direct relation with the price. Whiskies like Jack Daniel Tennessee are one of the popular brands in the world. Jack Daniel Tennessee whiskey can be enjoyed with ice or water only, but it can also be used in cocktails. The whiskey liquor like southern comfort is made from fruits. The southern comfort is also good for cocktails.

After whiskey, the other liquor that you have always heard of is wine. When it comes to wine, there are also many options available like red wine, white wine or sparkling wine. The wines are primarily made from grapes. In the case of wine, you will find many brands and the aging is also different as compared to whiskey. In wine, there will be fewer universal brands like in the case of whiskey. For instance, Jack Daniel Tennessee whiskey will be the same and popular around the world whereas in the case of wine the brands are usually regional.

Another popular liquor in the world. Like wine and whiskey, vodka can be said to be the universal liquor. Vodka has high alcohol content as compared to whiskey and wine. People prefer vodka with other additives like juices, carbonated drinks etc. The good thing about vodka is that it comes in multiple flavours. Same as southern comfort, vodka can also be used to make cocktails. Usually, the majority of the cocktails contain vodka as the key element. Vodka has a shorter production process because it does need aging.

This website uses cookies to improve your experience while you navigate through the website. Out of these cookies, the cookies that are categorized as necessary are stored on your browser as they are essential for the working of basic functionalities of the website. We also use third-party cookies that help us analyze and understand how you use this website. These cookies will be stored in your browser only with your consent. You also have the option to opt-out of these cookies. But opting out of some of these cookies may have an effect on your browsing experience.
Necessary Always Enabled
Necessary cookies are absolutely essential for the website to function properly. This category only includes cookies that ensures basic functionalities and security features of the website. These cookies do not store any personal information.
Non-necessary
Any cookies that may not be particularly necessary for the website to function and is used specifically to collect user personal data via analytics, ads, other embedded contents are termed as non-necessary cookies. It is mandatory to procure user consent prior to running these cookies on your website.
SAVE & ACCEPT
0 shares